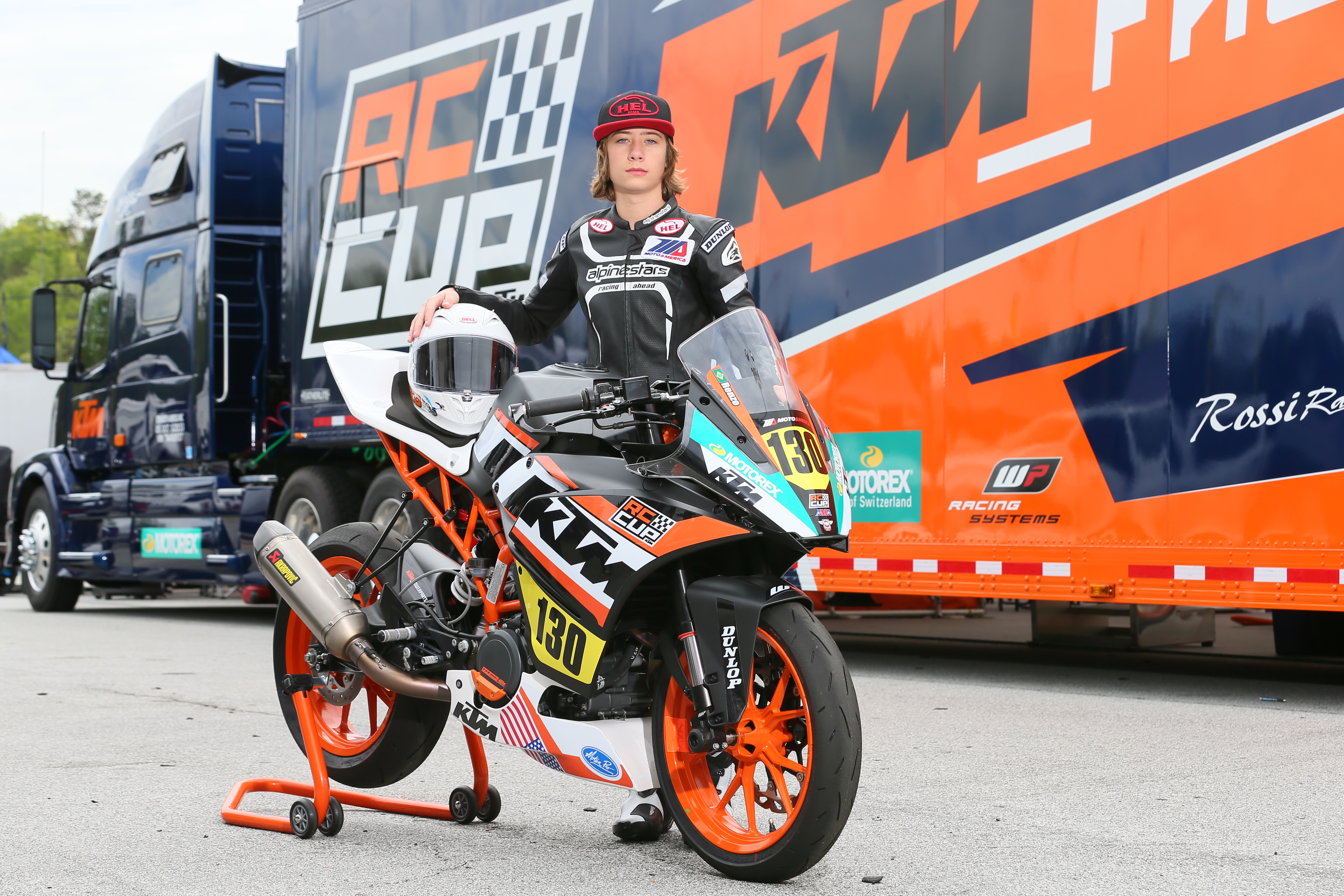 Brazilian youngster, Renzo Ferreira, will officially join Team Rabid Transit for the remainder of the 2016 season to compete in the KTM RC390 Cup. Renzo made his debut in the spec KTM class last weekend at Road Atlanta and achieved a respectable 11th place finish in race two.

Renzo has been riding since he was four years old in Brazil, starting on 50cc pitbikes. In 2014 he won the Junior Cup in the Superbike Series Brazil in his first year of competition. Renzo was selected for the Red Bull Rookies Cup tryouts in 2015 as well as invited to be a wildcard competitor at Magny Cours in the highly contested European Junior Cup alongside World Superbike. Prior to moving to America with his family he also wrapped up the championship in the Pirelli Cup in Brazil.

Renzo Ferreira commented: “It is an honor to be invited to be a part of one of the best teams in the MotoAmerica series. I will always give my 100% every second on and off the bike to make Team Rabid Transit proud and put our KTM in front.”

Brandon Cretu, Team Manager, commented: “The addition of Renzo is instrumental to the goal of Team Rabid Transit. We began racing to cultivate talent and provide those selected individuals a place to succeed. Young riders competing in the KTM class are the future of our sport and of Team Rabid Transit, so Renzo is an obvious fit.”

Ronnie Saner, RSRacecraft owner & Team Crew Chief stated: “I have always enjoyed working with younger riders and Renzo is no exception. I look forward to seeing him progress not only in the KTM cup series, but also as a rider, a competitor, and as a man.”

A premiere racing development contractor in the U.S. Using the same skill set and determination that has helped them define several boutique brand motorcycles into consistent race winners, RSRacecraft is looking forward to another season of success. www.rsracecraft.com